From UnderMine Wiki
(Redirected from Curse)
Jump to: navigation, search 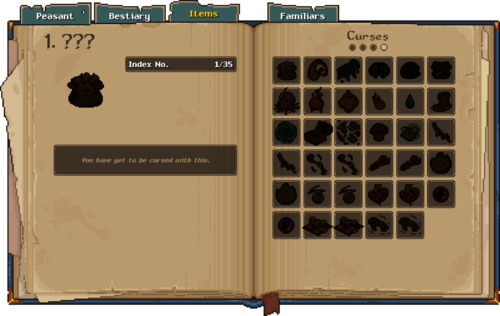 A Curse is an in-game mechanic that either lowers the player's stats or bestows some other negative effect. All curses and their effects can be stacked.

Having two of the same curse will count as having the same one, but on a higher level. For example, if the player has 3 of the exact same curse it still counts as a single curse at level 3. This affects some items in the game, such as Absolution.

Getting and removing curses[edit | edit source]

Curses are inflicted by:

Curse can be removed by using: